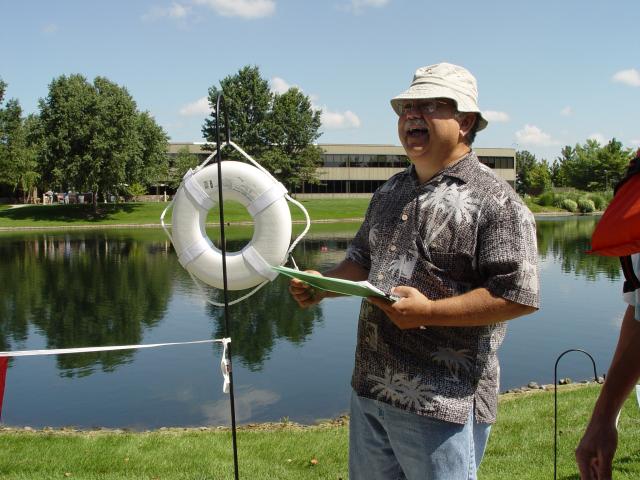 At the end of my senior year of college, I drove out to this country road to make a phone call. There was a spot on the edge of this cornfield that I always went to for important calls (without being interrupted by one of my crazy dorm mates).

I was making a call to Marv Hardisty because I'd interviewed for a position on his team a couple weeks prior and wanted to check in. It was for my first potential, big corporate job after college and Marv would've been my boss's boss if I landed the gig.

Once Marv got on the phone, the first thing he wanted to talk about was the portfolio of work on my personal website. He told me that he was impressed, but was especially interested in brooksfsw.com. As soon as he asked about it, my heart dropped, and I thought, "welp, there's no way I'm getting this gig now."

I nervously scrambled and tried to explain the backstory, blah, blah, blah, and he thinks it's just hilarious. I think he was half messing with me the entire time... but eventually, he told me that I didn't get the job that I'd applied for.

However, he then said that he was going to create a new software developer position on a newish team, working with new technologies and wanted to hire me for it. A couple weeks later, I got an official offer and joined his team.

I am forever grateful for that.

Marv was a blast to work for. He was the head of a huge group of software folks. Like I said, my boss's boss. But he had more fun than anyone in that workplace. He took his job seriously, but he worked hard to keep the corporate environment fun... actually, I don't even think he worked at it. He was just an all around ridiculous person.

He was the kind of guy that would come up to the urinal right next to you, even if there were 5 empty ones, unzip his pants, and say "oooh. water's cold today" and you'd be like, " ... lol. wtf" and then giggle your way out of the restroom.

One time, for some reason, there was this giant box on a dolly in our area. It was like 4 feet in each direction. Marv told me to get in so he could push me around. I, of course, jumped right in, and he pushed me through an aisle of cubicles directly into a woman named, Nancy Acosta's office and then left before she saw what happened. Nancy was a very put together woman who took her job very seriously and was very good at it. So she turned around to awkwardly find me, alone, peeking my head out of a box in her office, like "wtf" while Marv was just around the corner giggling and listening to me trying to explain myself.

Anyway. There are a ton of memories I could go through, like him dressing up as Santa or the Easter Bunny every year, maybe being a bit inappropriate... but always bringing fun. Always being hilarious.

But, I'll leave it with, he was one of the best bosses I've ever had, and constantly reminded me to keep things fun.

A couple months ago, I interviewed a smart young woman who was in her senior year of college to be an engineer at Venmo. I left the interview feeling great and later tweeted, "Interviewing smart, young people is one of the most refreshing things."

I pushed that tweet to Facebook, and Marv replied, "Interviewing a young lad named Derek Brooks several years ago was very refreshing indeed."

I immediately and proudly shared his comment with my wife... I obviously think very highly of that man, and it felt great to know that he shared similar feelings about me joining his team. 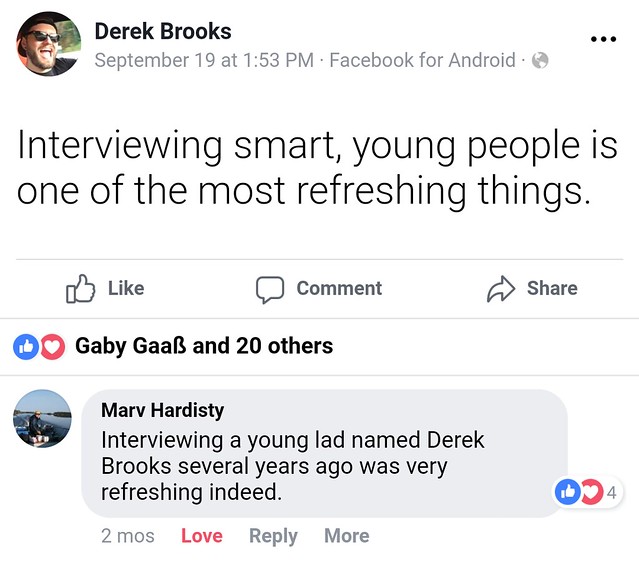 I never personally thanked him for that comment, and I really regret that.

I also regret writing this article a couple weeks too late for him to see.

We lost a good one. One that I really looked up to... and that feels really shitty. but at the same time, I've been giggling while telling Marv stories with past coworkers all morning.

I don't think anyone who worked with/for Marv could ever forget him. He gave me my first chance out of college too, and I can never thank him enough for the opportunity. He was exactly how you described: funny, wildly inappropriate, smart, hard-working and cared about the people he worked with more than anyone I've ever met. I wish I'd gotten to see him more often after I left Pioneer, and let him know how much I appreciated him. We definitely lost a good one, but I will always remember the great boss and person he was.
He was a jolly old soul, sans Santa costume!
Great post Derek
I just forwarded this again to someone who I told about Dad's passing today. Every time I read it, I tear up. But it's the best way to tell someone about Dad who never got to meet him. Thanks again for writing this. He didn't get to see it, but I'm sure he knew how you felt. And I'm glad I have gotten to read it.
Great words for Marv. I am sure he will appreciate that.