Retired folks often say that they somehow become busier after they stop working. This year I got a taste of what that meant.

In April, I quit my job to take a break, reset, and enjoy a summer off with my educator wife. Those planned few months turned into 6+ months of "pretirement" and it was incredible.

I wasn't necessarily busier in pretirement, but I was definitely more active and more productive with my own wants. I got to wake up nearly every day and just wing it. I loved it. 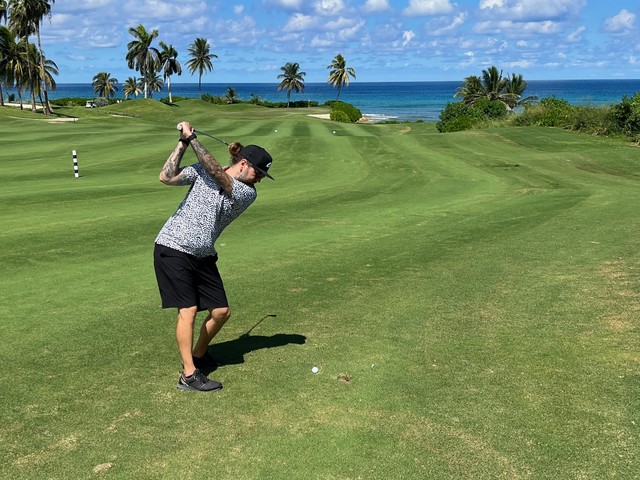 I generally felt way better than I did during my typical desk job life. I easily closed my nerd watch rings daily, maintained a healthier weight and my general mood, outlook, and overall mental health was immensely better.

I unexpectedly found golf again - which totally disrupted my entire summer. During my first time out in 8 years, I got a hole-in-one, which is probably what gave me the itch again, hahah.

I wound up upgrading nearly every club in my bag, and spent a lot of time on the course with family and friends. Improving my game became a goal and it got me outdoors a lot more than I typically would be. I've still got plenty of work to do, but by the end of the summer, I started shooting in the 80s again and I truly believe that golf played a huge role in my general wellbeing.

I hope to keep playing the game with some regularity going forward.

Anyone wanna join a weekly league or something???

I thought I'd do more, but I also didn't wanna stress over planning a bunch of stuff.

The time-off still afforded us lots of time to camp with friends and family. It let us take a long road trip to visit my sister in Georgia. I got to do some fishing in the Canadian wilderness, spend a birthday in Minneapolis, run around Savannah with buddies, and lounge on the beach with friends in Jamaica. Many of these trips were spontaneously booked and that felt great.

After a few months off, I felt like hacking again. I started tinkering on this site quite a bit and rebuilt my portfolio. It took a while, but my tech itch started to come back.

To fund the time off, I set up a savings account with some recurring transfers that would pay me similar to how my previous job did. We made no changes to our lifestyle or spending which made everything a lot easier. Bills were paid. Everything was chill.

I tried not to watch my "paycheck savings account" shrink or the post-pandemic markets spiral, but I'd check in every once in a while.

Seeing the cash burn was the hardest part of this little experiment. Not investing in the down markets or building wealth drove me a little crazy as well. This eventually led me into some contracting and looking for a full-time job again.

Easing back into work

So, near the end of summer, I said that I was looking for work on all of the social networks, and halfway regret that decision, hahah. I was met with an overwhelming response, which I'm super grateful for, but my days suddenly went from chill to juggling tons of messages, calls, pitches, interviews, etc. I could barely keep up with all of the conversations and that became immediately stressful.

During those chats, I was able to quickly spin up a couple contract gigs, which let me ease back into work and put a cork in my hemorrhaging cash account. One gig was with a Des Moines founded computer vision company named Roboflow, and the other was with some friends that are building a cryptocurrency product, Galactic. 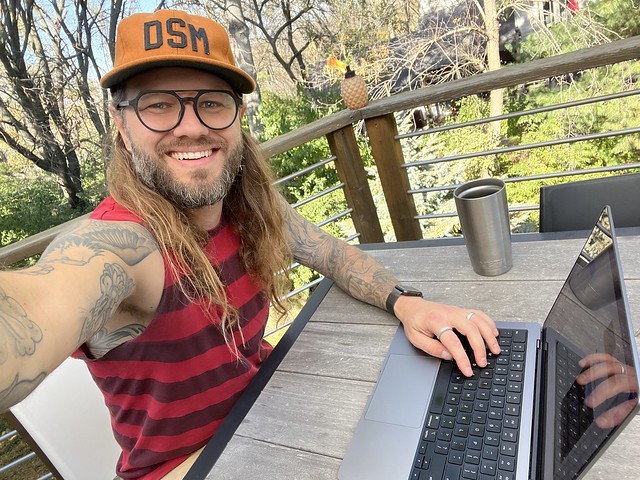 I loved the ability to test the waters before fully committing. I loved the freedom to dip in, dip out, and set my own hours... but I also found that even while charging a rate higher than a typical salary, you're making less for your time. Every hour is tracked and billed, you pay your own taxes, there is no paid time off, no pre-tax 401k, etc.

Tracking hours is just generally annoying, and installing other companies' dependencies on your personal machine feels a little gross as well.

Aside from that, I found the work really enjoyable, and contracting with multiple companies at the same time was really fun.

I liked being able to concurrently compare and contrast the companies' cultures, stacks, and practices. The context switching was fun for my ADD and kept me on my toes. It was also nice to test the waters of two, totally different domains. As it turned out, I loved the computer vision stuff, but even though I had a lot of friends at the Cryptocurrency startup, it was too close to the fintech that I'd already been burnt out on.

The trickiest part of contracting with multiple companies was managing time. I learned that it was best to dedicate certain hours (i.e. mornings) to one company and others (i.e. afternoons) to another... and then make sure to communicate that to manage expectations.

In short, these opportunities were great, solved everything that I wanted them to, and were a good learning experience.

If possible, I highly, highly recommend contracting in a new domain before committing to it full time.

Back to full time

After my social media blast, I'd started seriously talking to a few companies about potential full-time jobs. Two were with friends that tried to pull me in - cloud consulting and satellite imaging companies. Another was with a web security company that reached out after a friend shared my portfolio with their investors.

I'd hoped to simply have a couple conversations and hop back into something, but they all turned into full-fledged interviews... and dammit, interviewing is a lot of freakin work! I hadn't done it in over a decade, did very little to prepare and just went in as myself. I'd forgotten about all the hoops, cliches and bullshit that goes along with interviewing with some companies. My "wing it" strategy worked out ok for many of the conversations, but not for the satellite imaging folks. 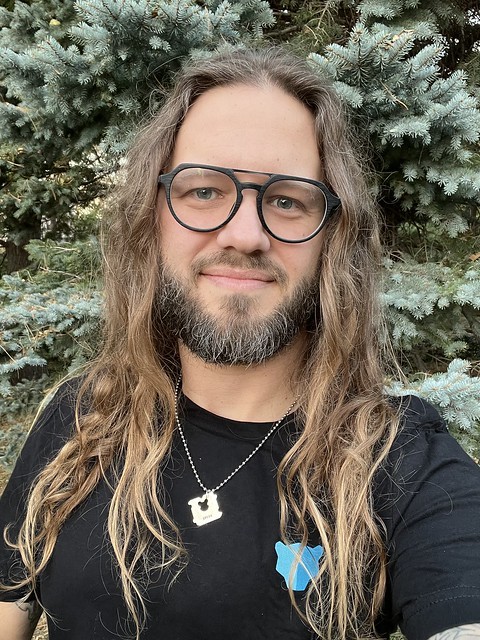 The company that felt like the best fit was Panther, a Security Information and Event Management (SIEM) startup that I'll be joining soon.

I certainly wasn't seeking out a web security company and didn't even know what SIEM was when they first reached out, but the more I dug in, the more interested I became. It's an entire new domain, the tech stack was modern, and they were using frameworks and languages that I'd love to learn. Everyone that I met at Panther was also incredibly chill. They seemed to have built an amazing culture, a great work-life balance, and have had one of the nicest, most organized interviewing and onboarding processes that I've ever been apart of.

I've learned time-and-time-again that diving into new territory head first is one of the best ways for me to grow, and that a solid team culture is key to happiness in a workplace.

Panther feels like it's going to be a great recipe to spark interest in new tech, happily grow, and balance that cashflow again.

I sooo wish I could retire and still afford the lifestyle that we like to live, but we're not there. At the very least, this little pretirement sesh was a great experiment and glimpse into how awesome retirement will eventually be.

Free boi summer is finally over and workin boi winter is coming.

I start my new gig on Monday and could not be more excited for the next chapter.

Best wishes on your next adventure! I know you’ll do great…. you always do.
Love you, Mom
This is inspiring and awesome. Happy that you got the chance to have some You Time, and hope you enjoy the new gig!